MainOne has celebrated the graduation of 100 youths sponsored in Data Science and Artificial Intelligence (AI) training in a collaborative effort with EdoJobs. The 30-day intensive training implemented through Coven Works, climaxed in a collaborative ‘Grand Graduation Ceremony’ held at the Edo Production Center, with the graduates demonstrating projects completed using their newly acquired skills. EdoJobs is a Skills Development Program initiated by the Edo State Government to transform the wellbeing of the society and its economy by creating jobs and entrepreneurship opportunities for its citizens.

The Graduation Ceremony themed “Edo Youths: Developing Solutions for the Future” celebrated the capacity and achievement of the students who participated in the trainings. The intensive 30-Day focused on building talents in Data Science and Artificial intelligence, opened new possibilities indata analysis and critical thinking skills focused on the tackling societal and industry problems , and seeded techpreneurs and job seekers with new skills.

At the event, MainOne further underscored its efforts to work with the Edo State Government to create more jobs by introducing its pioneer partners for its ‘RESELLER PROGRAM’. The program empowers current Edo State small business partners with an opportunity to distribute MainOne’s “SME-In-A-Box” product and services, specifically created to reach the Small-Medium Enterprises (SMEs) in Benin.

At the ceremony while talking about MainOne’s investment, the company’sCEO, Funke Opeke stated “It gives us immense pleasure to celebrate future nation builders in Edo State, as we know that technology and Internet access create jobs and opportunities, either through access to work and skills, or the ability to use the technology to boost commercial activity. We envision the fibre infrastructure in Edo State bridging the digital divide, with our goal of enabling quality Internet Access  through our Reseller Program for as many small business as require such services in the State. We  look forward to making Benin City one of the best connected Cities and ultimately Edo State one of the best connected in Nigeria.”

Ms. Opeke’s thoughts were echoed by the MD, Edo State ICT Agency, Mr. Lambert Ugorji, who stated “We appreciate Governor Godwin Obaseki’s vision to futuristically transform our State and it is my pleasure to say that Benin City is the only city across Nigeria that has the most fibre spread across the city. The next stage for us is to get youth empowerment, to get people placed in jobs where they can use the skills they have acquired. I am privileged to say; this is just the beginning”.

MainOne recently launched its services in Edo State, with extensive fiber infrastructure deployment across Benin City beneficial to improving the quality of Internet access and accelerating digital transformation by providing improved connectivity services. The reseller program is expected to drive the connection of small businesses to the network, even as MainOne is already connecting government offices and major commercial venues in the city to the network. 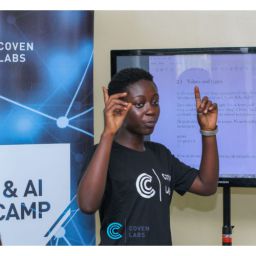