The benefitting primary schools had their classrooms renovated while new books were provided for their libraries and new iron gates installed to enhance security within the schools. The initiative by MainOne is consistent with the company’s corporate social responsibility (CSR) and reflects its commitment to boost education in Nigeria.

Speaking on the CSR policy of the Company, Lynda Madu, Head, Corporate Services and Development, explained the strategic thrust behind the support and development to the schools, noting that “The major thrust of MainOne’s CSR has been the rapid development of our education sector. This is why we have, for the 3rd consecutive year, focused on Ajah to assist these rural schools with identification of their various needs to explore how best we can provide for them.”

Explaining the choice of the schools, Mrs. Madu, posited that “Our analyses of and engagement with the respective school administrators revealed that Ogombo Primary School was in dire need of a facelift of the school structure. That accounted for why we renovated a block of six classrooms. However, for Akinlade and Okun Ajah Primary Schools, we have replaced their school gate and donated over 1000 library books and teaching materials respectively.”

Mrs. Madu also stressed the importance of its CSR thrust, stressing that “Ogombo has been an accommodating host to MainOne. Our CSR effort was thus hinged on strengthening the competitiveness of the students in these schools, ensuring their continued relevance to themselves and their society, and overcoming whatever handicaps they face. That is why we have consistently supported these educational institutions, and improved their administrative and education processes.”

In his response, Mr. Sarafa Iyowun, the Principal of Ogombo Primary School, expressed unreserved appreciation for the laudable transformation that MainOne implemented, adding that school and the pupils are forever grateful to the Company for this inestimable and kind gesture, as he urged other corporate organizations to emulate MainOne.

Mr. Samuel Oluwole, Principal of Okun Ajah Primary School also thanked the MainOne for the leading role played, and explained that they are now better equipped and motivated to study harder and improve their competitiveness versus other schools Lagos State with the top quality books and library that MainOne was provided for the pupils.

Since 2011, MainOne has been involved in the primary schools in Ogombo, with yearly donations of study materials including school bags, text and exercise books.

The Company’s contribution to the development of to these schools form a part of its Corporate Social Responsibility tripod of Education, Information and Communications Technology in addition to mentoring of the Girl-Child.

MainOne is also leading sponsor of the annual Software Competition organized by the Institute of Software Practitioners of Nigeria; the T.E.N.T gathering of Paradigm Initiative Nigeria, the Girls-In-ICT Day, as well as supports ideation and innovation clubs, such as the Co-Creation Hub, among others. 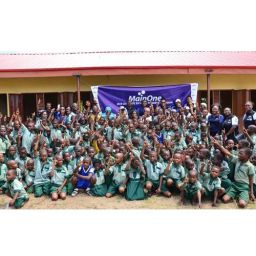 MainOne restates its commitment to the development of Host Community 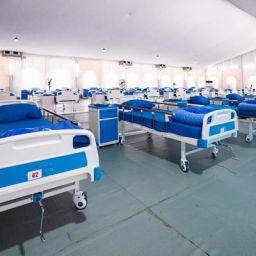 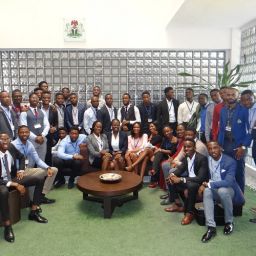