Responding to journalists during the 2017 International Workshop on IPv6 and INRM, organized by the Association of Telecommunications Companies of Nigeria (ATCON) and the African Network Information Center (AFRINIC), MainOne’s Head, Internet Protocol, Chidinma Iwe decried the delay in Nigerian network operators, enterprises and other industry players in actively migrating to IPV6 addresses and highlighted the interconnection benefits of the new technology.

“Nigeria can no longer afford to delay the deployment of an effective and robust IPV6 network. IPV6 is the future of networks globally and a key communication enabler for the future Internet of Things (IoT).

Operators that use only IPV4 networks will soon face difficulties in expanding their activities on the internet, which will result in reduced coverage and business opportunities. West Africa must leapfrog in IPV6 development, to enable us catch up with other more advanced regions such as South Africa”, he said.

According to Iwe, MainOne leads IPV6 connections in Nigeria today, with over adjacency to 77 IPV6 networks and 18 IPV6 routes available to the network. However, he lamented that the closest operator to MainOne can boast of only 2 IPV6 adjacencies and routes and canvassed network operators, ISPs and enterprises to quickly migrate to new IPV6 technology which is easier and cheaper to manage, enables end-to- end transparency and has improved security features.

Speaking during the training, AFRINIC representative, Abba Brice, stressed that IPV6 is a must-have technology for countries that want to remain relevant in the Internet world. 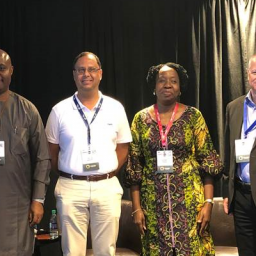