West Africa’s premier Connectivity and Data Center Solutions Company, MainOne has reinforced its commitment to building out West Africa’s Data Center capacity at the Data Center Africa Summit taking place at the DataCloud Europe 2017 conference in Monaco this week. During the event, the company’s Chief Executive Officer, Ms. Funke Opeke was nominated as one of 50 top influencers transforming the data center and cloud landscape in Europe, the Middle East and Africa (EMEA).

The DataCloud Europe conference which has attracted over 1800 Data Center and Cloud executives from more than 60 countries as well as over 90 exhibiting companies, is the foremost networking event for data center players in EMEA.

During the conference, Gbenga Adegbiji, General Manager of MainOne’s MDXi Data Centers, joined an expert panel on the Africa Data Centre Leadership to discuss strategies for achieving improved Data Center and Cloud penetration across the continent. The panel started with a review of the challenges of Data Centers across the continent in comparison to other markets, highlighting low demand as the biggest constraint, due to offshore data hosting of content. With improved access to Internet services on the continent, leading content providers are finding that the high latency experienced with serving Africa from offshore does not effectively engage the market and have started establishing beachheads for content in data centers on the continent.

In his comments, Adegbiji asserted that despite the limitations, the opportunities for data center growth are enormous given the upsurge in the use of ICT services and mobile broadband, the migration towards a digital economy with Internet underpinning a lot of services across the region, better adoption of e-Governance, e-Health and e-Commerce initiatives and businesses looking to host their growing digital information locally. According to him, MainOne is anticipating the growing demand and has started building its second Tier III+ data center in Sagamu, a blooming industrial cluster in South-West Nigeria. Adegbiji also highlighted MainOne’s efforts at improving transit traffic in Nigeria with its partnership with the Internet Exchange Point of Nigeria (IXPN), and its new interconnection service OpenConnect, which facilitates increased interconnection, collaboration and peering for telecom operators, ISPs and content providers within its data center. According to him, this service would enhance local internet performance, lower costs and minimize traffic bottlenecks for Internet traffic in Nigeria.

In its 6+ years of operation, MainOne has established a strong reputation as the preferred provider of connectivity and data center solutions in West Africa. The company owns and operates MDXi Data Center; the only Tier III certified colocation facility in West Africa with combined PCI DSS, ISO 27001 and 9001 certifications.

The facility has been recognized at several awards since inception and in 2015 received the Customer Value Leadership Award from Frost and Sullivan in recognition of best practice in the Nigerian Data Centre Industry. MainOne’s MDXi is also a finalist in the 2016 Datacenter Dynamics (DCD) EMEA Internet Data Center category award. 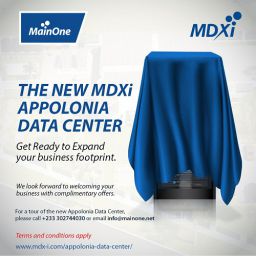 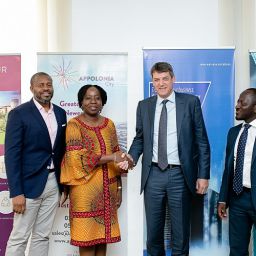